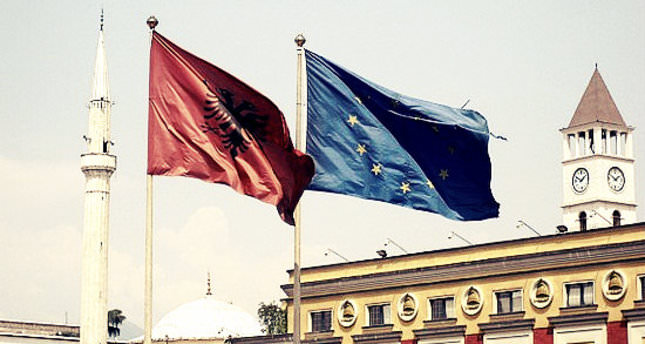 by Jun 24, 2014 12:00 am
Albania moved a step closer to joining the EU on Tuesday, with ministers granting it the long-desired status of EU candidate.

They also warned the Balkan country, however, that much work still lies ahead before it can become a member of the bloc.

Albania is among eight nations that are candidates or potential candidates to join the EU. It had already sought to attain candidate status last December, but was first tasked with making more progress on fighting corruption and organized crime.

Tuesday's decision is an "acknowledgement of reform efforts" but also an "encouragement for more," EU Enlargement Commissioner Stefan Fule wrote on Twitter.

The EU will next have to agree to open membership negotiations with Albania. The country will also need to fight fatigue in some quarters of the bloc taking in ever more countries.

"Without democratic structures, without stable rule of law, without media and judicial independence, without a consistent fight against corruption, there can be no membership in the EU," German State Minister Michael Roth said ahead of the decision.

"It's not an end of the journey, but it will be hopefully a good beginning," Danish Foreign Minister Martin Lidegaard added.