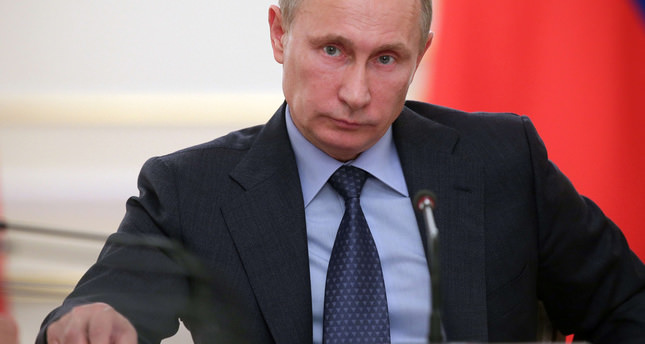 by Jun 24, 2014 12:00 am
Russian President Vladimir Putin was set to meet his Austrian and Swiss counterparts in Vienna Tuesday for talks on the crisis in Ukraine, where there were worries that a ceasefire between government forces and pro-Russian separatists might be fraying.

Despite the currently frosty relations between the EU and Russia, Austrian President Heinz Fischer had invited Putin for an official work visit in the afternoon.

Fischer told Austrian broadcaster ORF he would use frank words to invite Putin to "provide signals that he is really and factually interested in peaceful solutions."

However, Austria's economic interests were also at play. Austrian oil and gas group OMV was set to sign a deal with Russian gas provider Gazprom on building the Austrian stretch of the South Stream pipeline, which would supply Russian gas through the Balkans and southern Europe directly to Europe, bypassing the current transit route through Ukraine.

Swiss President Burkhalter, who currently chairs the Organization for Security and Co-operation in Europe (OSCE), was scheduled to meet Putin in the evening.

The OSCE was involved in brokering the ceasefire in eastern Ukraine, which was accepted by separatists on Monday, and which is set to last until Friday.

The topic of eight OSCE military observers, who have been missing in Ukraine for nearly a month and are believed to be held by separatist groups, is also likely to come up.

"Getting them home safely is a top priority" for the OSCE and for Switzerland, Burkhalter said, urging all involved parties in the conflict to work for their quick release.

In Ukraine, an army spokesman said Tuesday that separatists had fired shots at a checkpoint near Sloviansk.

Rebels accused the Ukrainian army of having attacked their positions near Luhansk and said there was one dead and one wounded in the incident.

The ceasefire was declared in order to create a time frame for dialogue between the conflict parties.

Russian Deputy Foreign Minister called on the Kiev government to resume talks with militants. The ceasefire was a "promising start," he was quoted as saying by Russian news agency Interfax.

Burkhalter offered the OSCE's help in supporting this dialogue. "But of course the most important dialogue in this crisis is that between Kiev and Moscow," he added.