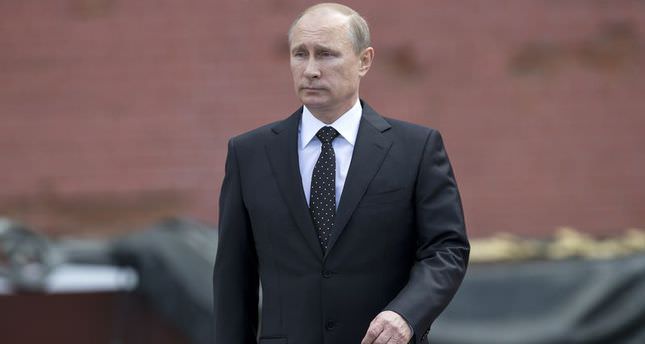 by Jun 25, 2014 12:00 am
The Russian parliament's upper chamber voted on Wednesday to revoke the right that it had granted President Vladimir Putin in March to order a military intervention in Ukraine, where Kiev is struggling to quell a rebellion by Russian speakers in the east.

A senior lawmaker said the move, which Putin had requested, it should be seen as an act of goodwill to help facilitate peace efforts in Ukraine, where Moscow sees itself as the defender of the rights of the Russian-speaking minority. But he said the authority could be reinstated at short notice.

"The President of the Russian Federation has enough means under the constitution and federal law to effectively influence the situation in Ukraine," Viktor Ozerov, head of the Federation Council's security committee, told the chamber.

"If, to that end, the president needs to take measures of a military nature, the Federation Council's Defence and Security Committee is ready ... to swiftly consider such a motion from the president. But I hope that will not be required."

The decision, effective immediately, was taken by 153 votes in favor to one against, with no abstentions.

Russia's parliament rarely deviates from the line taken by Putin. After the vote, the speaker of the chamber asked whether the lawmaker who voted against had accidentally pressed the wrong button.

Ukraine's government has agreed a limited ceasefire with some of the Russian-speaking rebel groups in eastern Ukraine to allow peace talks to take place.

The ceasefire is supposed to last at least until Friday, when Kiev is due to sign a free trade agreement with the European Union at a summit where EU leaders may also consider further sanctions against Russia over its role in Ukraine.

However, Ukrainian President Petro Poroshenko has already threatened to end the truce early because of rebel attacks.