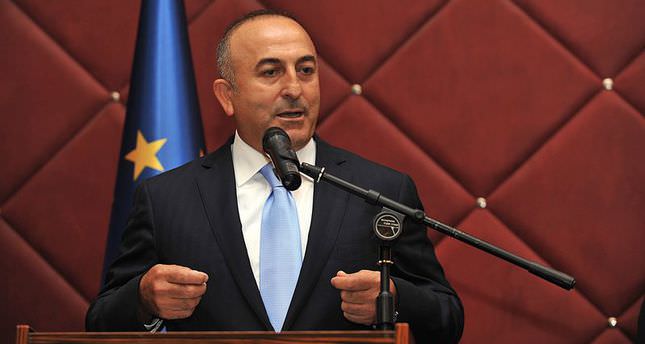 by AA Jun 26, 2014 12:00 am
Turkey's EU Minister, Mevlüt Çavuşoğlu, has announced that Turks will be able to travel without a visa in EU countries in 3,5 years while he called on the European Union to "remove the double standard" that has been implemented against Turkey in relation to visa-free travel among EU-member countries.

His comments referred to the fact that, although Turkey and the EU signed a Readmission Agreement on December 16 granting 77 million Turks the right to travel without a visa among the EU countries, Turks have to wait at least three years before it becomes operative.

Speaking in the plenary session in the Turkish Parliament on Wednesday, Çavuşoğlu said: "Among the candidate countries to the EU, the only country that does not have the right to travel among the union visa-free is, unfortunately, Turkey."

"That's a double standard that the EU needs to remove," he said.

Turkey's treatment by the EU comes in contrast to that of EU accession candidates Iceland, Macedonia, Serbia and Montenegro, which were granted immediate free movement.

Turkish Parliament has also already adopted a bill allowing the readmission of people residing irregularly between the EU and Turkey.

The main objective of the Readmission Agreement is to create reciprocal procedures for the rapid and orderly readmission of people entering or residing irregularly in either territory.

Çavuşoğlu stressed that through the agreement, Turkey will cooperate with the EU on border safety issues and prevention of illegal immigration.