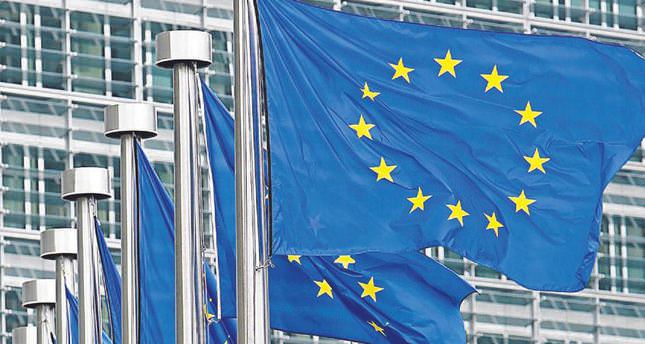 The long battle for choosing the new head of the EU Commission is to be finalized in the June 26/27 summit, as Britain's disenchantment with Juncker's candidacy has paralyzed the process of the nomination for the most powerful post in Brussels

However, a battle between leaders contending for the position seems to be unavoidable as the ongoing dispute between German Chancellor Angela Merkel and Britain's Prime Minister David Cameron over the candidacy of Jean-Claude Juncker has drawn out the process of appointing the next commission president.

The YPRES summit would expectedly push the leaders to find a consensus over this significant matter. As the European People's Party (EPP) won the most seats in the European Parliament elections last month with Juncker's powerful candidacy, the leaders of the parliament's seven groups met on Tuesday May 27 to discuss who would become the new president of the European Commission. Considering the impact of the tumultuous European Parliament election results, many anti-EU members of the EP both on the far-left and far-right have gained significant ground in the face of big parties. Recalling the EP election results, it is important to note that the overall results indicated the Europeans' interest toward the European Community has been decreasing due to unsuccessful policies applied by Brussels. As many Europeans did not even want to go to the polls, many of those voters cut their support for the mainstream and chose to vote for the fringe parties with anti-EU rhetoric.

Due to a lack of consensus between seven party leaders, the process of the formation of a new EU government was blocked. Five of the seven party leaders issued a statement saying that Juncker should be nominated by the European Council to be president despite opposition.

Juncker: a divisive figure leading to deeper opposition The robust opposition of David Cameron to Juncker's candidacy has led to a troubled relationship between Britain and Germany. In opposition to Cameron's stance toward Juncker's presidency, German Chancellor Angela Merkel has long been supporting the former Luxembourg prime minister to become the head of the commission, reiterating the need to make decisions in favor of the EU. A more integrated Europe is also what the EU would seek in order to be more successful over the next five years, according to Merkel.
On the contrary, David Cameron along with a lot of Brits' support has called for a change in the EU. The need to reform the European Union is the main focus for Cameron. In order to reform Europe, he has insisted on changing the European Commission president Barroso who has long been sitting at the European Council than anyone else. The parliamentary election results show that many Europeans lost confidence in the status quo as European institutions failed to offer an effective economic recovery program to many member states, particularly Southern Europe. As European youth gradually suffer from mass unemployment, the disenchantment with the ongoing economic policies has bred anti-EU feelings; mistrust and insecurity toward EU institutions.

While Cameron opposes Juncker's candidacy to run the European Commission, Merkel pointed out her concern over Britain's exit from the EU. In a pre G-7 summit speech, the German Chancellor insisted on Britain's membership in the European Union. Britain threatens all other member states leaving the Union if the federalist Juncker comes to power.

The leaders of Britain, Germany, and the Netherlands arrived on June 8 in Sweden for a two-day summit to discuss who will become the next EU Commission president. Taking the long-lasting debate over the presidency of Jean-Claude Juncker, former Luxembourg prime minister and lead candidate of the centerright European People's Party, into account, the leaders of the EU member states currently hold opposite positions toward the future head of the commission.

The Swedish and Dutch prime ministers, Fredrik Reinfeldt and Mark Rutte, have a similar stance to Cameron, arguing for a more reformist candidate. Regarding market liberalization, free trade and budget austerity, the Netherlands and Sweden have a common position, pointing out the need for a change. According to Cameron's statements over Juncker's appointment as the commission president, it is stated that the increase in no-votes in a planned referendum on EU membership of Britain could lead the country to resign from EU membership. There has been a growing concern over the British referendum. "I see a great risk with such a referendum ... It would be bad for the EU and Sweden if Britain does not remain in the EU. A key task is to ensure that [they do] - they are needed for the internal market to work better and to create a competitive economy," Sweden's Prime Minister Reinfeldt told Swedish television regarding British Prime Minister Cameron's negative attitude towards Juncker's presidency, calling him unacceptable.

U.S. President Barack Obama also stated his concern over the prospect of a British exit from the European Union on the D-Day commemorations. " It's hard for me to imagine [the EU] going well in the absence of Great Britain, and I think it's also hard for me to imagine that it would be advantageous for Great Britain to be excluded from political decisions that have an enormous impact on its economic and political life," said Obama.
Considering Matteo Renzi and Francois Hollande, the center-left leaders of Italy and France, have decided to back Juncker's presidency at Saturday's meeting in Paris, it would prove that the frontrunner Juncker would be more likely to be elected for the top EU job with the backing of France, Italy and Germany. However, many European leaders underscore the importance of last month's parliamentary election in which the center-right took the most seats and the anti-EU parties gained considerable number of votes. The result shows that there has been a growing discontent among Europeans with socio-economic policies. The next commission president should be more focused on reformist policies in order to dissuade Cameron from quitting the EU.

Meanwhile, Cameron still continues to oppose Juncker's candidacy while urging the leaders to vote in order to determine the next commission president. Opposing Merkel's endorsement of Juncker's commission bid, the British prime minister thinks that Juncker would not be able to improve the socio-economic conditions through a series of reforms.

The qualified majority system is now opposed by Britain due to the fact that it lacks each member state taking it seriously. This new system also lacks the veto power, which British prime minister strongly condemns.