Kerry: Russia must urge Ukraine separatists to disarm 'in hours' 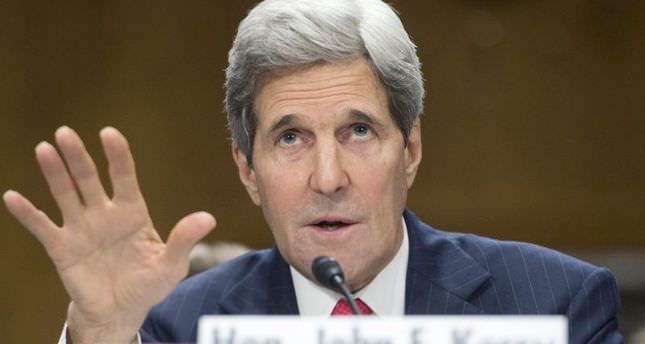 by Jun 26, 2014 12:00 am
US Secretary of State John Kerry, after meeting with France's foreign minister, said on Thursday Russia should call on separatists in Ukraine to disarm within "the next hours".

"We are in full agreement that it is critical for Russia toshow in the next hours, literally, that they're moving to help disarm the separatists, to encourage them to disarm, to call on them to lay down their weapons and to begin to become part of alegitimate process," Kerry told reporters in Paris.

He added that EU leaders would discuss possible sanctionsmoves on Russia at their summit in Belgium starting Thursday.

"We all agree that they need to be ready. But our preferences not to have to be (in) a sanctions mode. We would like to see cooperative effort between the United States, Europe and Russia and the Ukrainians," he said.