NATO: No change in Moscow's behavior on Ukraine 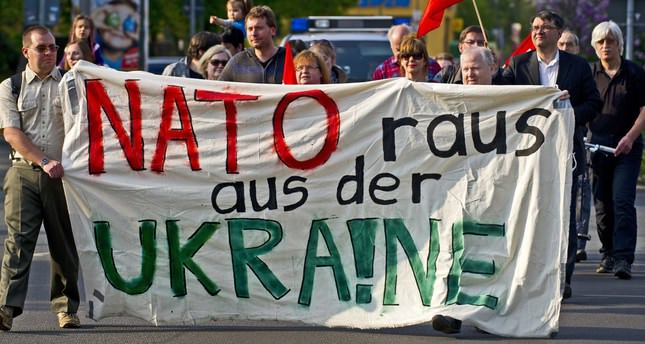 by Jun 26, 2014 12:00 am
Russia's intervention in Ukraine had broken all the rules and eroded trust, said NATO Secretary-General Anders Fogh Rasmussen, adding that a 20-year effort to create a working relationship with Russia had come to naught. NATO Secretary-General Anders Fogh Rasmussen said yesterday there has been no change in Russia's behavior over Ukraine, charging that Moscow had "broken the rules" and eroded international trust.

Since the Cold War ended more than 20 years ago, NATO has tried to build a working, practical relationship with Russia but that it had now all come to nothing, said Rasmussen. Rather than NATO being the problem, as Russia charges, it was Moscow's "illegal actions in Ukraine which pose a threat to the international order," he said. This was why NATO decided in April to cut all practical cooperative programs with Russia, he said, although it has kept channels open for political dialogue.

With no change in Russia's behavior, NATO had no option but to maintain the suspension. "There will be no business as usual... until Russia comes back into line with its international obligations," Rasmussen said. He reiterated that Russia had to stop destabilizing Ukraine, and end what the West sees as support for pro-Moscow rebels there.

The NATO foreign ministers meeting was dominated by the crisis in Ukraine where a Kiev government peace plan was in the balance Wednesday after rebels shot down a Ukrainian helicopter on Tuesday. Rasmussen neither mentioned President Vladimir Putin's backing for the peace plan, nor a vote in the Russian Senate Wednesday to revoke authorization for military intervention in Ukraine.

Moscow said the West should be paying attention to what Putin was saying and doing to help resolve the crisis but there repeated calls in the NATO meeting for Russia to do more or face the prospect of tougher sanctions.
Last Update: Jun 26, 2014 1:47 am
RELATED TOPICS