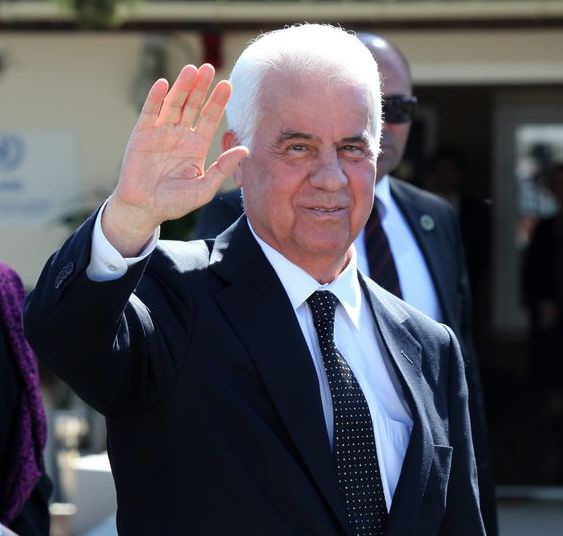 by AA Jun 26, 2014 12:00 am
The President of the Turkish Republic of Northern Cyprus (TRNC) has said it is possible to reach a solution for the divided island this year.

Speaking in the Maraş region of Magusa city in the TRNC on Wednesday, Derviş Eroğlu said his administration was striving for an agreement that would make possible peace, faith and freedom for Turkish Cypriots under the guarantee of Turkey.

Eroğlu said: "It is possible to reach a solution this year if the Greek Cypriot side does not act reluctantly."

Turkish Cypriots and Greek Cypriots have been taking part in negotiations to resolve disputes over divided Cyprus since 1974.

The island has remained divided into Greek and Turkish parts since a Greek Cypriot coup was followed by a Turkish peace mission to aid Turkish Cypriots in the north in 1974.

The "solution" is expected to address issues such as a constitutional framework for the island, territorial adjustments, return of property or compensation payments to pre-1974 owners, the return of displaced people and possible repatriation of Turkish Cypriot settlers.