Reports of heavy fighting as Ukrainian ceasefire set to expire 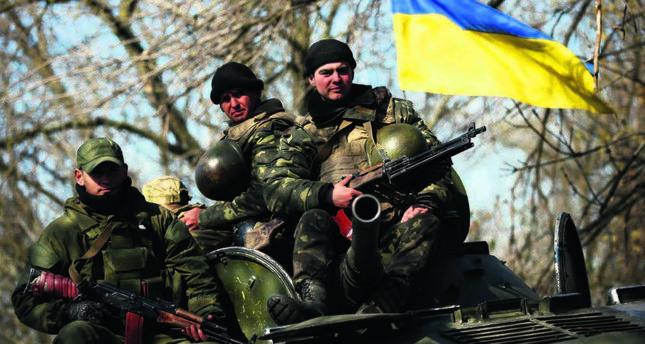 by Jun 27, 2014 12:00 am
Pro-Russian separatists and mediators for the Ukrainian government were to hold talks about prolonging a fragile ceasefire in the country's east on Friday, only hours after at least five government soldiers died in fighting.

The talks were expected to resume in Donetsk at 3pm local time (1200 GMT), a source in the separatist leadership told the Interfax Ukraine news agency.

Russian President Putin on Friday reiterated Moscow's position that the ceasefire should be prolonged.

"Ukrainians must return to the path of peace, dialogue and understanding. The main thing is to secure a long-term ceasefire to enable substantive talks," Putin said in comments carried by Russian media.

Earlier, Ukrainian Interior Minister Arsen Avakov said government forces destroyed a Russian tank when they repelled a separatist attack at a checkpoint outside Sloviansk, the rebel stronghold in the Donetsk region.

Separatists have claimed to have captured the Soviet-era T-64 tanks from Ukrainian army depots, but Ukrainian and Western officials maintain that they were secretly delivered from Russia.

The separatists in Donetsk also said they seized a military base in the city. The officers of the Interior Ministry troop unit were being questioned at the city's intelligence service building, which is controlled by the separatists, the Interfax news agency reported.

The Organization for Security and Co-operation in Europe (OSCE) said four international monitors held hostage in the region for 32 days have been released.

The four observers from Estonia, Switzerland, Turkey and Denmark were handed over to OSCE officials in Donetsk, a separatist spokesman told Interfax. Separatist leader Alexander Borodai had earlier described the release as a goodwill gesture.

A second OSCE team is still being held. The missing observers are believed to be in the town of Severodonetsk in the neighbouring Luhansk region.

A source in the Donetsk separatist leadership told Interfax that they are being held by "an independent field commander" and that he hopes that they would be freed soon.