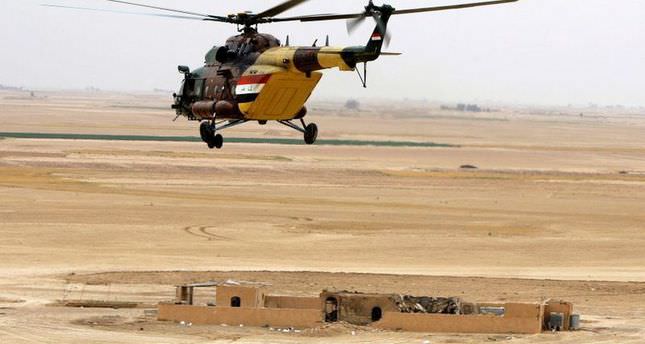 by Jun 28, 2014 12:00 am
The Iraqi military and witnesses say government helicopter gunships have conducted airstrikes in the northern city of Tikrit.

Tikrit is the hometown of former dictator Saddam Hussein and one of two major cities to fall in recent weeks to the al-Qaida breakaway ISIS militants.

Iraq's feuding political leaders are under mounting pressure to set aside their differences after a call by the country's most revered Shiite cleric for an agreement on the next prime minister before parliament meets next week.

Prime Minister Nouri al-Maliki's bloc won the most seats in April's election, but he is now fighting for his job, with even fellow Shiite allies and key patron Iran exploring alternatives to replace him. Critics have charged al-Maliki with monopolizing power and failing to address long-festering grievances by the Sunni minority.

But al-Maliki, who has governed the country since 2006, has proven to be a savvy and hard-nosed politician, and so far he has shown no willingness to step aside.

Less than three years after the last American troops left Iraq, Washington has found itself being pulled back in, with drones now flying over Baghdad to protect American civilians and newly deployed U.S. military forces.

Washington has stopped short of demanding al-Maliki step aside, but in what is widely seen as veiled criticism of his divisive leadership, has called for a more inclusive government.