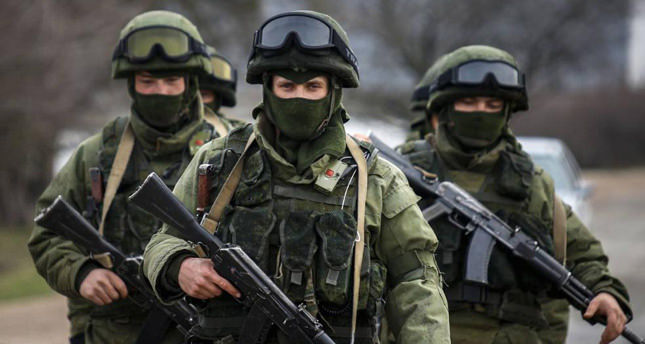 by Daily Sabah Jun 28, 2014 12:00 am
Ukraine on Friday extended a government forces' ceasefire against separatist rebels by 72 hours until 10 p.m. on Monday, the website of President Petro Poroshenko said.

The announcement came shortly after Poroshenko returned to Kiev from Brussels where he signed a landmark free trade deal at a European Union summit.

The ceasefire extension had been undertaken, it said, in line with a deadline set by EU leaders for Ukrainian rebels to agree to ceasefire verification arrangements, return border checkpoints to Kiev authorities and free hostages including detained monitors of the OSCE rights and security watchdog.

At a separate meeting, Poroshenko and national security chiefs said that during the next 72 hours recruitment centres for Russian fighters across the border in Russia should be closed.

Movements of rebel forces around the east and the setting-up of rebel checkpoints or barricades should also cease.

Ukrainian government forces would have the right to end the ceasefire ahead of time in any areas where ceasefire conditions were not being implemented, the announcement said.