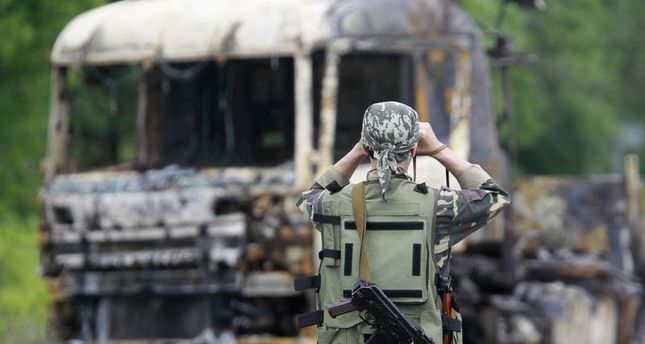 by Jun 30, 2014 12:00 am
Russia's Channel One reports that one of its veteran cameramen has been killed in eastern Ukraine when a bus carrying journalists and soldiers' mothers was hit by gunfire.

The 68-year-old Anatoly Klyan, who had worked for the state channel for 40 years, is the fifth journalist to be killed since the fighting began in April between Ukrainian government troops and armed pro-Russia separatists.

Channel One said its crew was traveling late Sunday to a Ukrainian military unit on a bus with mothers of conscripts hoping to bring their sons home when it came under attack.

Video footage broadcast Monday, shows how Klyan was filming inside the bus when he was shot in the stomach and helped into a passing car. The station said he died in a hospital.