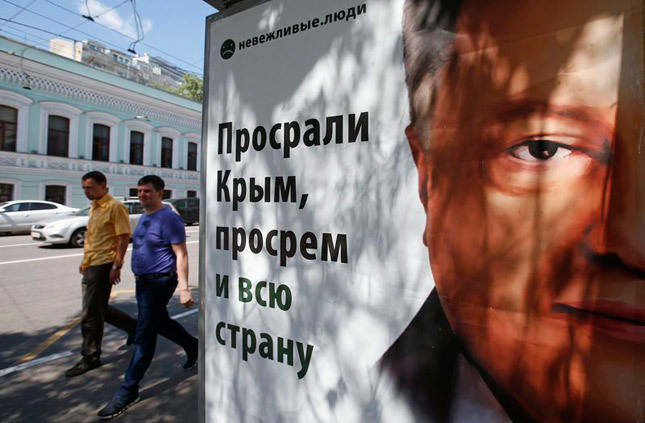 by Jul 01, 2014 12:00 am
Ukrainian President Petro Poroshenko said on Tuesday government forces would renew offensive operations against pro-Russian rebels and "free our lands", hours after a ceasefire to make way for peace talks with the rebels had expired.

Shortly after a four-way phone call with Russian President Vladimir Putin and German and French leaders, Poroshenko blamed the rebels for failing to keep to the truce or follow a peace plan he had outlined.

"We will attack and free our lands. The decision not to continue the ceasefire is our answer to terrorists, militants and marauders," he said in a televised statement delivered in front of the blue-and-yellow Ukrainian flag.

"The unique chance to implement the peace plan was not realised. It happened because of the criminal actions of the militants. They publicly declared their unwillingness to support the peace plan as a whole, and in particular the ceasefire."

Ukraine's Foreign Ministry said on Monday 27 Ukrainian servicemen had been killed since the ceasefire began on June 20. The truce ended at 10 p.m. (1900 GMT).

Ahead of his announcement, Poroshenko had met with security chiefs, some of whom had called against a ceasefire extension because of military losses and fears that the rebels were using it as an opportunity to regroup and rearm.