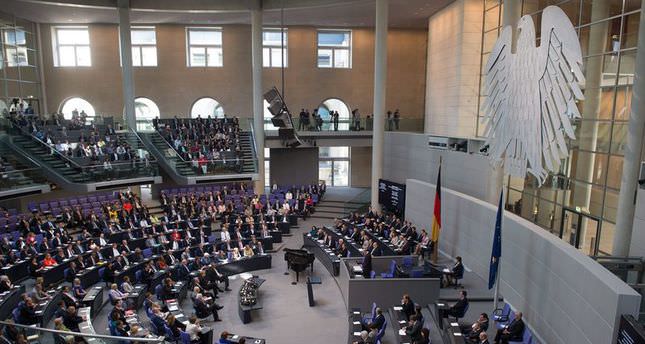 by Daily Sabah Jul 04, 2014 12:00 am
The German Parliament, Bundestag has passed a law on Thursday, which will enable children born and raised in Germany to parents of another nationality to hold dual citizenship. The prohibition of immigrant children born and raised in Germany to hold two passports, has especially affected Turkish people living in Germany who had to choose between the German or Turkish passport by the age of 23.

The bill received 463 yes votes while 111 opposed it and one person abstained from the vote. It will allow immigrants who were born, or raised in Germany for at least 8 years until the age of 21 or those who have attended German schools or vocational institutes for at least six years to receive dual citizenship. The much anticipated law will also allow those under 21 who have completed the aforementioned conditions to apply for dual citizenship but it does not include those who were born before 1990.

Turkish people make up the largest minority in Germany with around three million. Most of them came to the country around half a century ago as guest workers, but did not leave and established new lives here.