Over 800 migrants rescued in southern Italy 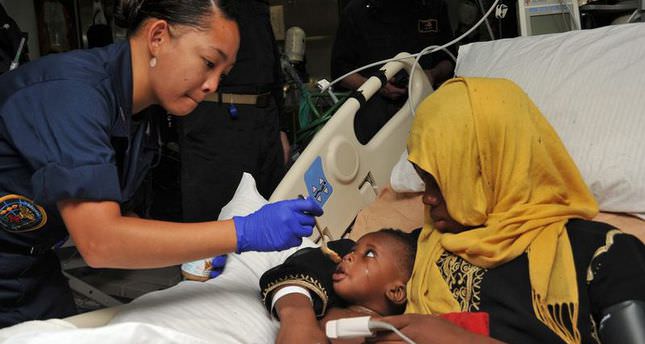 by Jul 04, 2014 12:00 am
Some 834 migrants who were rescued off the coast of Malta were brought to the southern Italian port of Reggio Calabria, the Italian navy said Friday.

The authorities said there were 482 Syrians, 177 Egyptians, 108 Palestinians, 36 Eritreans and 31 Sudanese in the group. They said four pregnant women and about 30 unaccompanied children were among them.

A record number of migrants from North Africa have arrived in Italy this year. On Wednesday the government said about 64,000 had arrived since January 1, more than an all-time year record of 63,000 recorded in 2011, in the wake of the Arab Spring uprisings.