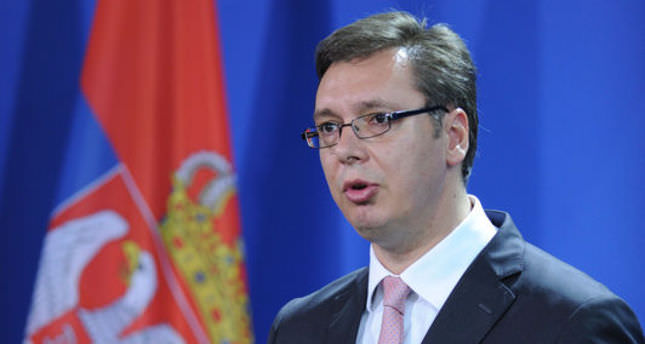 by Jul 06, 2014 12:00 am
With one in five people unemployed and pensioners outnumbering those in work, Serbia is struggling with a record budget deficit and could sink into bankruptcy. Prime Minister Aleksandar Vucic has pledged reforms, including cuts in the bloated public sector, but analysts warn concrete measures have yet to be taken and financial markets could punish Serbia for its failure to act.

The Balkan state is expected to post a record budget deficit of 8 percent this year, with growth forecast to reach 1 percent. But output could yet worsen by another 0.2 percentage points owing to devastating floods that struck in May. Vucic, who was elected earlier this year on a promise to overhaul Serbia's ailing economy, said his cabinet was now ready to push through painful reforms that include increased taxes, as well as fresh cuts in the public sector and to generous subsidies. Serbia's national budget, equal to about 8.0 billion euros (TL 23 billion), is struggling to cope, as it has to meet payments to 1.7 million pensioners and more than 700,000 public sector workers in a country of 7.2 million people.