Hate crimes against Muslim women on a rise in the UK 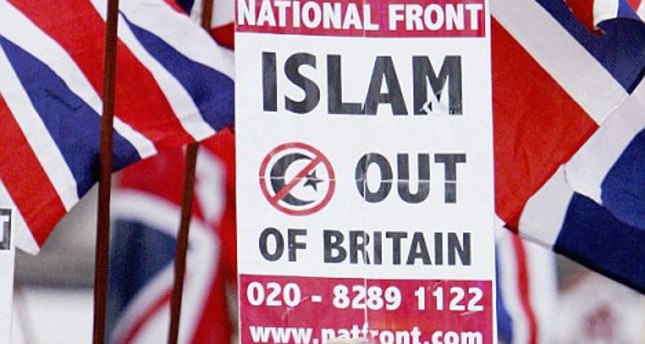 by AA Jul 06, 2014 12:00 am
Muslim women are increasing the target of anti-Muslim hate crimes, a new study from the Centre for fascist, anti-fascist and post-fascist studies at Teesside University revealed.

The findings indicated that more than half, 54 percent, of anti-Muslim incidents are committed against women who often wear traditional Islamic dress. Nearly a quarter of the victims described wearing 'Islamic' clothing at the time of the attacks which were reported in a 10-month period.

According to the report, almost a fifth of all cases recorded were in the week following the murder of Drummer Lee Rigby on 22 May 2013.

Tell Mama is an anti-Muslim monitoring group and runs a hotline that allows people to report hate-crime. The organisation was set up in 2012 with government backing and recieved £214,000 of government funding in the same year.

Of the 734 incidents that were reported to the hotline, 599 were from online abusers and 135 were offline. "Various indicators suggest that anti-Muslim hate crimes notably rose in Britain between 1 May 2013 and February 2014," the report said. The data showed that the perpetrators of hate-crimes were overwhelmingly male. 78 percent of offline incidents and 74 percent of online incidents were committed by men.

Three months after Lee Rigby's murder, 34 mosque attacks were recorded by Tell Mama. Offences ranged from graffiti and smashed windows at British mosques to nine cases of arson and seven instances of break-ins and violence against worshippers. The institute of race relations said that these attacks were attributed to the far-right.

"For the time being, such attacks are in the news. Normally, they are something the mainstream media ignores," wrote Jon Burnett from the Institute of Race Relations.

It stated that, "Supporting victims and encouraging them to come forward to report a hate crime remains the highest priority. Alongside addressing under-reporting, authorities should be encouraged to disaggregate hate crimes by strand, and to take seriously the increased incidence of anti-Muslim hate crimes."

Hate-crimes are separated into different categories, ranging from non-violent, assaults, damage and desecration of property and instances of extreme violence. Online incidents are categorised into abuse, and the dissemination and/or targeting of anti-Muslim literature and threats.

U.K. Muslims makes up 4.8 percent of the population and number around 2.7 million.

"Muslims remain amongst the most likely minority group in Britain to be targeted for a hate crime," the report concludes.