No pulling out of Donetsk: rebel commander 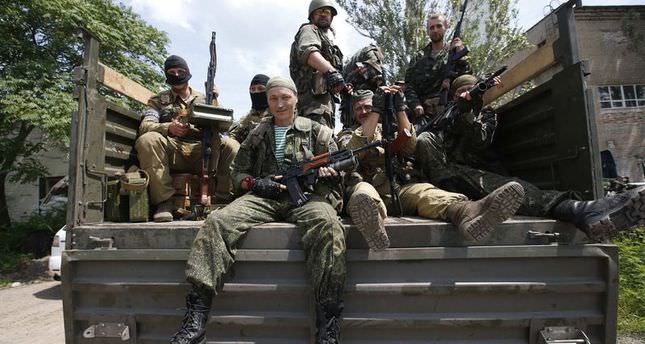 by Jul 11, 2014 12:00 am
An enigmatic Russian leading separatist rebels in the eastern Ukrainian city of Donetsk made a rare appearance in public on Thursday to say he would not abandon the city though he defended his decision to pull out of the stronghold of Slaviansk.

Igor Girkin, a Muscovite who has the nom de guerre of Igor Strelkov, has been criticized by some other rebel commanders for withdrawing from Slaviansk last weekend and allowing government forces to savor a major victory.

Hundreds of his men headed south to Donetsk, the region's main industrial center, after the rout and are digging in now in the city of more than 900,000 people as government forces appear to be preparing a blockade to break their resistance.

Asked by a journalist if he would make a similar tactical withdrawal from Donetsk to save people's lives, the reason he gave for quitting Slaviansk, the 43-year-old Strelkov said simply: "No".

Alexander Borodai, the "prime minister" of the self-proclaimed "people's republic" seated alongside him, added: "Where would we go ? We will defend the territory of the Donetsk People's Republic."

Strelkov, who disclosed on Thursday he had been a colonel in Russia's Federal Security Service - the successor agency to the KGB - has been on Ukraine's 'most-wanted' list since he began marshalling rebel forces against the Kiev government in April.