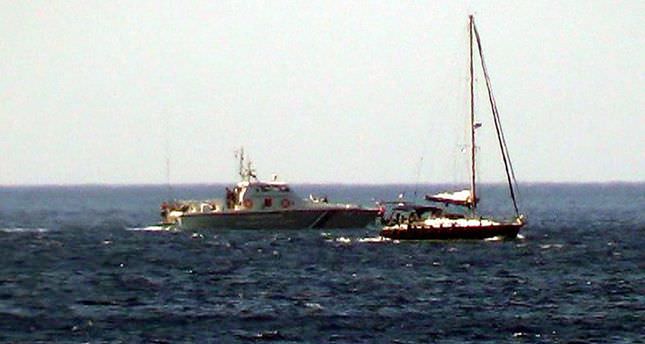 by Jul 13, 2014 12:00 am
Greece's coastguard on Sunday said four people had been confirmed drowned in the latest boat sinking in the Aegean Sea, while around 100 migrants had been rescued in other incidents.

The coastguard said it had recovered the bodies of a man and a young boy of around 10, part of a group of over 30 people whose boat capsized as they tried to reach the island of Samos on Friday.

"The vessel carrying them sank under unspecified circumstances," a coastguard spokeswoman said.

The Turkish coastguard found another two bodies, she added, while a further 20 people from the Samos group are still believed missing.
Thirteen people were rescued, including a woman and a teenage boy, who was hospitalized.

Greece is one of the main ports of entry into the European Union for people fleeing war-torn and impoverished countries in Africa, the Middle East and the Indian subcontinent.

Many of the recent arrivals are escaping civil war in Syria.

People traffickers are increasingly using Greece's Aegean islands to smuggle migrants into Europe after a tightening of border controls along its land border with Turkey.

In May, another 22 migrants drowned in a similar incident near Samos. The bodies of seven people in the same group were never recovered.

Late on Saturday, another 17 migrants were rescued from the sea in another incident near the Greek island of Farmakonisi.

And 77 more were found early Sunday in two separate parts of the island of Chios after managing to land on the coast.