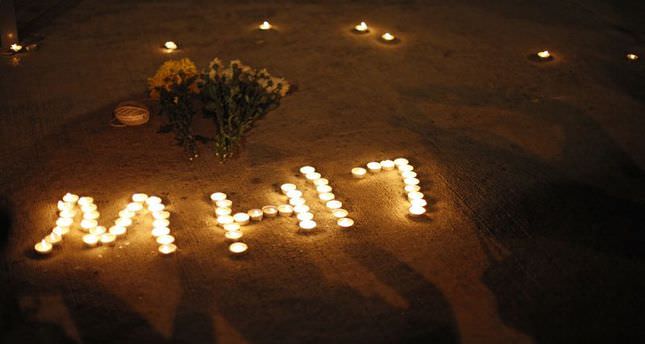 by Jul 20, 2014 12:00 am
Ukraine accused separatist rebels on Sunday of hiding evidence that a Russian missile was used to shoot down a Malaysian airliner, while Britain said Moscow faced "pariah" status and the threat of further economic sanctions.
At the biggest crash site, where emergency workers had bagged dozens of bodies on Saturday, all had been taken away on Sunday morning. Empty, bloodstained military stretchers that had been used to carry them lay by the road.
A separatist leader said items thought to be the stricken Boeing's "black boxes" had been found and were in rebel hands.
With Western anger rising at the apparently disrespectful treatment of the bodies by the pro-Russian rebels controlling the widely spread crash sites, nearly 200 corpses had been put on a refrigerated train at Torez, 15 km (9 miles) away.
"It's corpses. They brought the bodies overnight," a duty officer at the town's station told Reuters.
A senior rebel official, Sergei Kavtaradze, said the bodies would not be moved until it had been decided what to do with them.
Moscow denies involvement in the shooting down of Malaysia Airlines flight MH17 on Thursday and has blamed the Ukrainian military. But Washington and its allies have pointed the finger at the pro-Russian separatists who have Moscow's backing and have been accused of obstructing access to the crash sites.