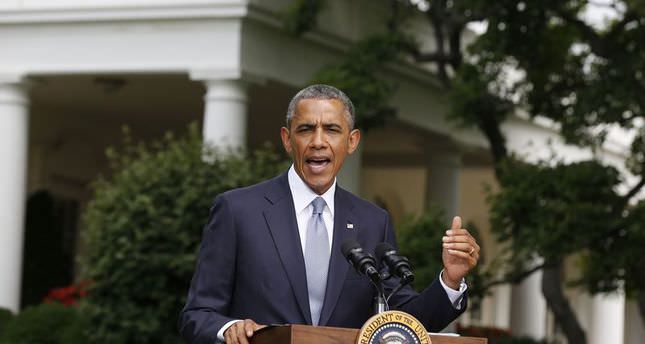 by AA Jul 21, 2014 12:00 am
International investigators should receive immediate access to Malaysia Airlines Flight MH17's crash site, said U.S. President Barack Obama Monday, as he called on Russia to reign in the rebels.
All 298 people on board Flight MH17 died when it crashed over a rebel-held area of eastern Ukraine on July 17.
"Russian-backed separatists who control the area continue to block the investigation," said Obama during a televised address.
"The separatists are removing evidence from the crash site, all of which begs the question, what exactly are they trying to hide?"
The Russia-backed separatists in eastern Ukraine are also improperly removing human remains from the crash site, Obama alleged while commenting that such actions are "an insult to those who've lost loved ones."
The American President further called on Russia to do more to force the separatists to cooperate with the international investigation.
"Given its direct influence over the separatists, Russia, and President Putin in particular, has direct responsibility to compel them to cooperate with the investigation," said Obama. "That is the least that they can do."
Obama said the U.S. and its allies will address the issue at the United Nations today.
The UN Security Council will vote Monday on an Australia-proposed resolution Monday calling for international access to the crash site.
Last Update: Jul 21, 2014 9:52 pm
RELATED TOPICS