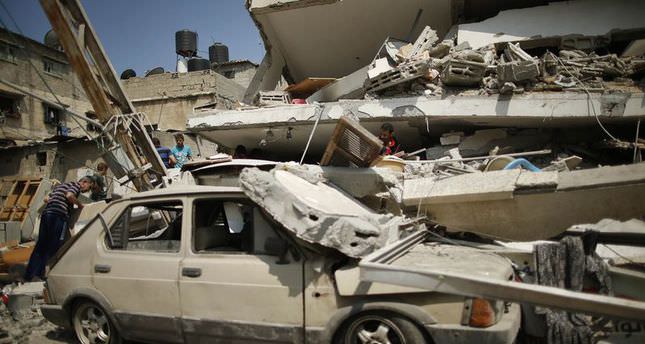 by Associated Press Jul 22, 2014 12:00 am
Germany's Foreign Ministry says it appears that a German-Palestinian family has been killed in Gaza.

A Foreign Ministry spokeswoman, who did not give her name in accordance with government policy, said Tuesday that "based on multiple concurring indications, we understand that the family lost their lives."

She gave no other details.

Germany media reports have identified the family as a Palestinian couple and their five children who all carry German passports. The reports say all seven were killed in a recent air strike by the Israeli army.

The German government has openly expressed support for Israel's attacks on Gaza which has killed 609 Palestinians in the past two weeks, including hundreds of children and women.