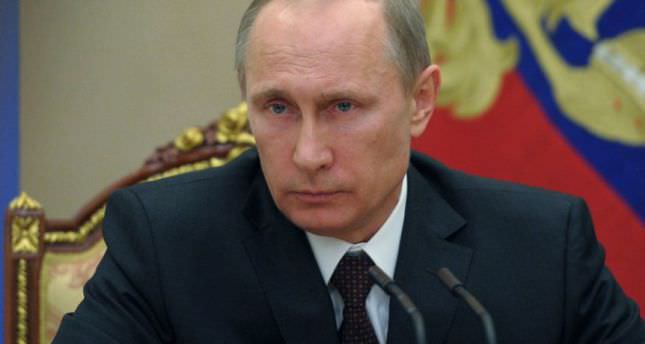 by İsmet Konak Jul 23, 2014 12:00 am
During a press statement on Monday, Russian President Vladimir Putin blamed the Ukrainian government for the downing of a Malaysian airliner last week. Associating the crash with the resumption of the counterterrorism operations, Putin said, "I am sure that if the military operations had not been reinitiated in eastern Ukraine on June 28, this tragedy would not have happened."

Putin also said that authorities from Donetsk, Ukraine and Malaysia launched investigations at the scene of accident, suggested that a more elaborate investigation should be conducted by the International Civil Aviation Organization (ICAO) and stressed that all the security measures should be taken.

U.S. Secretary of State John Kerry claimed that the airliner was most likely shot down by the separatists who bought Buk anti-aircraft missiles from Russia. In response to this claim, however, the Russian Ministry of Defense announced that they did not provide militias in the region with Buk missiles or any other weaponry.

During an interview on the Voice of Russia, Alexander Konovalov, the head of the Russian Institute for Strategic Studies, said that pro-Russian separatists do not possess the Buk missile system, however, this missile is used by both the Russian and Ukrainian militaries. He suggested that the Malaysian airliner might have been shot down accidentally as a result of the fact that the missile's operator set an incorrect target.

He continued, "If I am not mistaken, we encountered a similar disaster in the early 2000s. While Ukrainian soldiers were taking part in a military exercise with the C-200 missile, our Tu-154 type airliner, which took off from Tel Aviv to Novosibirsk, was [targeted]. The operator could not see the target and the missile shot down the airliner.

The missile that brought down the airliner may be one of the C-200 and C-300 types of missiles owned by Ukraine."
Former oligarch Mikhail Khodorkovsky questioned on his website how such weapons that are elaborate enough to shoot down an airliner at such a high altitude were in the possession of separatists. He noted, "All the authorities should assume responsibility for this criminal incident. Otherwise, it will have more severe consequences."
RELATED TOPICS