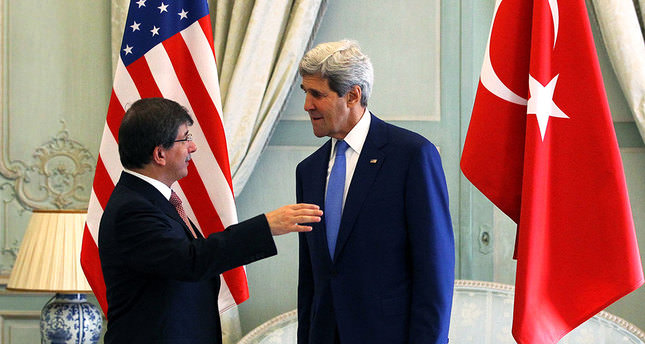 by reuters Jul 26, 2014 12:00 am
Foreign ministers from the United States, Europe and the Middle East called on Saturday for an extension of the 12-hour ceasefire between Israel and Hamas in the Gaza Strip, French Foreign Minister Laurent Fabius said.

"All of us call on the parties to extend the military ceasefire that is currently underway," he told reporters after a gathering that included the foreign ministers of Britain, France, Germany, Italy, Qatar, Turkey and the United States.

"All of us want to obtain, as quickly as possible, a durable, negotiated ceasefire that responds both to Israeli needs in terms of security and to Palestinian needs in terms of the social-economic development (of Gaza) and access to the territory of Gaza," Fabius added.

The ministers, along with senior EU diplomat Pierre Vimont, met on the same day that Israel began a 12-hour ceasefire during which it said it would press on searching for tunnels used by Hamas. The Hamas group, which dominates Gaza, said all Palestinian factions would abide by the brief truce.

U.S. Secretary of State John Kerry has been spearheading international efforts to end 19 days of conflict in which 940 Palestinians, many of them civilians, have been killed. The diplomatic push was to continued on Saturday with the Paris meeting of the foreign ministers - including from Qatar and Turkey, which are prime interlocutors with Hamas.

"And we stop the loss of life by getting this ceasefire to roll over for 12 hours, 24 hours or 48 hours - and then again until we have established the level of confidence that allows the parties to sit round a table to talk about the substantive issues."