Polish veggies and fruits banned by Russia after EU-US sanctions 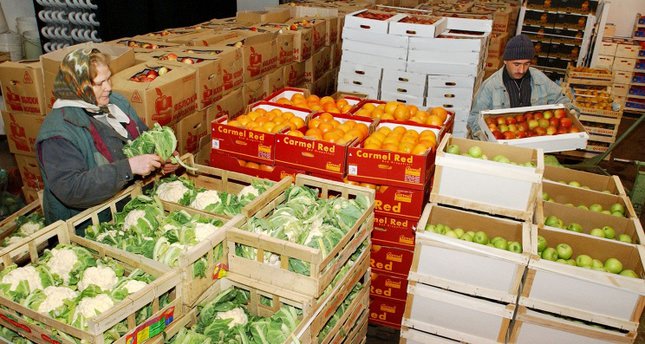 by French Press Agency - AFP Jul 30, 2014 12:00 am
Russia slapped a ban on the import of all fruit and vegetables from Poland on Wednesday in the latest of a series of trade restrictions linked to a deepening showdown with the West over Ukraine.

"We are talking pretty much about all vegetables and fruit -- apples, pears, quince, cherry, cabbage," Alexei Alexeyenko, spokesman for the Russian agricultural watchdog Rosselkhoznadzor, told AFP.

The ban will go into effect from Thursday, he said.

He said Poland had repeatedly violated Russian sanitary norms and dismissed widespread concern that the ban was politically motivated.

In a separate statement, the watchdog said Russia recorded 916 violations by Polish companies of "international requirements for phytosanitary documents" in 2013 alone.

The watchdog claimed Polish vegetables and fruit were often contaminated and contain excessive amounts of pesticides and nitrates.

Rosselkhoznadzor said that it had found an excessive amount of pesticides in 90 percent of the Polish apples it had checked.

Critics have long accused the Russian government of using bans as a political weapons at a time of increased tensions with the West.

The latest ban comes after the European Union and the United States introduced sectoral sanctions against Russia, dramatically raising stakes in the months-long Ukraine conflict.
EU member Poland is one of the staunchest supporters of Ukraine's pro-Western course.
Russia earlier slapped a ban on the import of processed fruit and vegetables, dairy products and potatoes from Ukraine.