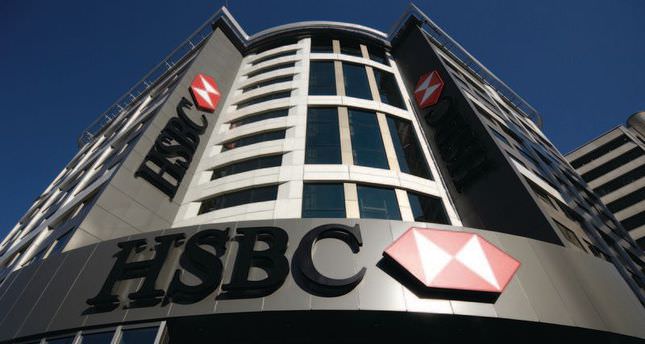 by Daily Sabah Jul 31, 2014 12:00 am
HSBC Bank in London is closing a number of accounts belonging to Muslim individuals and organizations.

Finsbury Park Mosque in the city has recently reported that their account at the bank was closed without giving a legitimate reason as to why. The bank responded to the mosque by stating that "the provision of banking services… now falls outside of our risk appetite", which led many to assume that the actual reason behind the closure is due to Islamophobia which is on a rise in the UK through a campaign targeting Muslim charities and throughout Europe in general. Mosque officials have expressed that it was unreasonable for the bank to close their account as they are a UK based organization and do not transfer any money outside of the country.

Likewise, a similar incident happened to Anas Al Tikriti who runs the Islamic think-tank called Cordoba Foundation and his family members as their accounts were closed without giving a valid reason. Al-Tikriti noted that the involvement of his family members disturbs him as he has not done anything wrong and has been doing business with the bank since the 1980s.

Other organizations have also faced closures but were not given a warning or a reason why their accounts are being closed.
HSBC has stated decisions to close accounts were "absolutely not based on race or religion".

"Discrimination against customers on grounds of race or religion is immoral, unacceptable and illegal, and HSBC has comprehensive rules and policies in place to ensure race or religion are never factors in banking decisions." However, their justification does not seem to be sufficient for the Muslim community in London, which stated that the closures may have negative repercussions for HSBC's future with its Muslims customers who may protest the bank and close their accounts.