Six civilians killed in one day in Donetsk 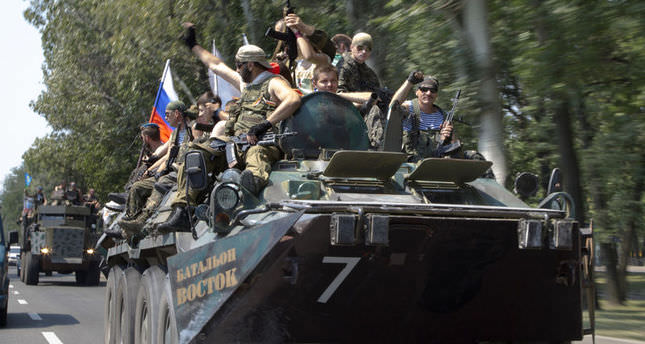 by Aug 03, 2014 12:00 am
Clashes between government troops and pro-Russian insurgents in eastern Ukraine's main rebel-held stronghold of Donetsk have killed six civilians over the past 24 hours, the city's deputy mayor said Sunday.

Donetsk is trapped in a tightening government blockade as Ukraine's army battles to defeat rebel forces hunkered down in the mining hub.
More than three months of fierce fighting tearing apart the east of the ex-Soviet nation has left some 1,150 people dead, the overwhelming majority of them civilians.

Government forces have made major gains over the past month and say they are getting close to cutting off Donetsk from the Russian border and the second-largest insurgent base of Lugansk.

Local authorities in Lugansk said that shelling killed three civilians and wounded eight in the past 24 hours.

The city's mayor has warned of a looming "humanitarian catastrophe" as electricity has failed and water and fuel supplies have been exhausted.
The United Nations says that over 100,000 people have fled the fighting for other areas of Ukraine while Russia claims that some 500,000 have crossed the border in search of refuge.