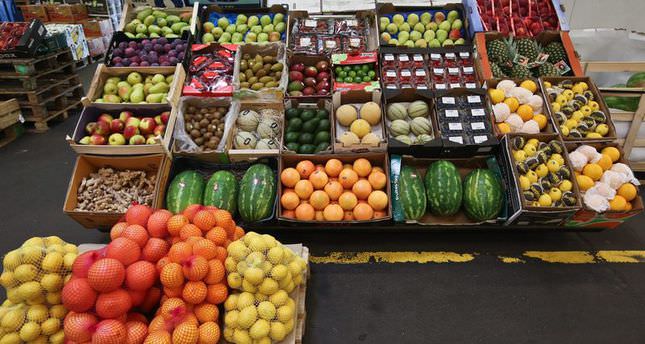 by Aug 08, 2014 12:00 am
Moscow banned imports of most food from the West on Thursday in retaliation against sanctions over Ukraine, a stronger than expected measure that isolates Russian consumers from world trade to a degree unseen since Soviet days.

In eastern Ukraine, the Russian citizen who has led the rebel "Donetsk People's Republic" stepped down in favour of a local man, a move that could provide some faint new hope for peace. Kiev has long said it could negotiate with locals but never with foreigners it considers international terrorists.

A Dutch recovery team called off its work at the site where a Malaysian airliner was shot down over rebel-held territory last month, saying escalating fighting had made the frontline location too dangerous.

NATO's secretary general, visiting Kiev in a show of support for Ukraine, called on Russia to pull back from the brink of war against its neighbour. The Western military alliance says Moscow has massed troops on the border in preparation for a possible ground invasion.

Moscow imposed a one year ban on all meat, fish, dairy, fruit and vegetables from the United States, the 28 European Union countries, Canada, Australia and non-EU member Norway.

Russia has become by far the biggest consumer of EU fruit and vegetables, the second biggest buyer of U.S. poultry and a major global consumer of fish, meat and dairy products.

President Vladimir Putin ordered his government to adopt the measures in retaliation against Western countries which imposed sanctions on Russia's defence, oil and financial sectors over its support for rebels waging an insurrection in east Ukraine.

Putin had promised the measures would not hurt Russian consumers, which suggested he might exclude some popular products. But in the end, the bans announced by his prime minister, Dmitry Medvedev, mentioned no exceptions.

Agriculture Minister Nikolai Fyodorov acknowledged that the measures would cause a short-term spike in inflation, but said he saw no danger in the medium or long term. Russia would boost imports from other suppliers such as Brazil and New Zealand.

White House economic adviser Jason Furman said the measures would hurt Russia's own economy. The U.S. Treasury said it was prepared to tighten its own sanctions on Russia further if Moscow continues aiding the Ukrainian rebels.

The EU's executive Commission said it reserved the right to take action to retaliate against the Russian ban.

Food represents a small fraction of Russia's overall imports from the West. But the ban will have a disproportionate impact on farmers in specific sectors in producing countries, and on Russian consumers, who will face higher prices and shortages with inflation already rising and the rouble falling.

"The first casualties would be the domestic market. However it will have some implications for the farmers in the producing countries," Abdolreza Abbassian, a senior economist with the United Nations Food and Agriculture Organization, said.

Russians have relished imported food since the fall of the Soviet Union, when year-round supplies of fresh fruit and vegetables arrived and ubiquitous cheap American frozen chicken quarters became known as "Bush's legs" after the then president.

The ban affects all meat, fish, poultry, fruit and vegetables from the listed countries, but does not include other food items - mostly commodities such as grains, seed oils, sugar, coffee, tea and cocoa. Russia spent $25.5 billion last year on imports in the affected categories, $9.2 billion of it from the countries hit by the ban.

It spent $39 billion overall on food, including $17.2 billion on all food items from the listed countries.

The nascent middle class in Moscow, which buys Italian cheese and American beef at fancy supermarkets, will take a hit, but so will ordinary people who buy Polish apples and Greek cucumbers in street markets.

Moscow may also ban Western airlines from flying transit routes though its air space. European carriers would spend more on fuel flying around Russia on the way to Asia, but Moscow would lose hundreds of millions of dollars in overflight fees.

In another move that will annoy Washington, Moscow gave a three year residency permit to Edward Snowden, the former U.S. intelligence contractor who sought asylum in Russia after leaking details of U.S. surveillance programmes.