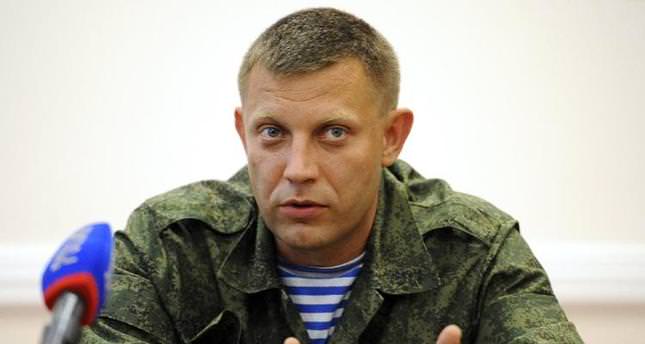 by AA Aug 09, 2014 12:00 am
Alexander Zakharchenko, prime minister of the self-proclaimed Donetsk People's Republic, on Saturday called for a ceasefire with the Kiev government in a move to prevent a possible 'humanitarian catastrophe.'

"We are ready to have a ceasefire to avoid a humanitarian catastrophe, but will not surrender under any circumstances," said Zakharchenko in a written statement.

He warned the Kiev government of an impending catastrophe in Donetsk due to the shortage of food, medical supplies as well as electricity shortages which he said could increase civilian losses.

Unrest in eastern Ukraine has torn the region apart since April, when the government launched anti-terror operations against the armed separatists that showed their intention to break away from Ukraine following the annexation of Crimea into Russia in March.

Government troops still continued to clash with the separatists in eleven cities of the Donetsk region and around Luhansk airport, said Andrey Lysenko, spokesman of the Ukrainian Security Council, on Saturday.

In addition, the army reportedly besieged the armed pro-Russian separatists in Donetsk and Garlovka and the country's air forces destroyed 10 armored vehicles and killed the separatists inside them in targeted air strikes.