NATO says would help defend Turkey if threatened by ISIS 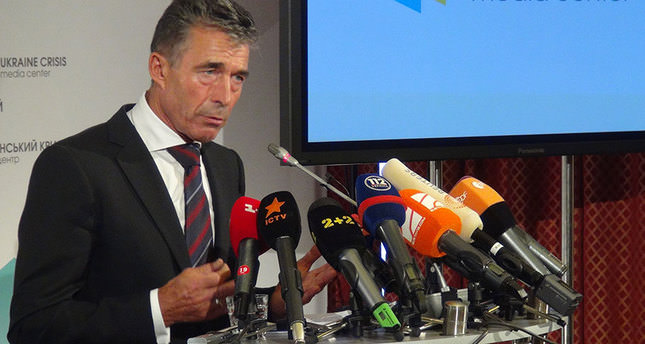 by Aug 11, 2014 12:00 am
NATO would take all steps necessary to defend alliance member Turkey if it were threatened by the self-proclaimed Islamic State (ISIS) fighters who have made gains in neighbouring Iraq and Syria, Secretary-General Anders Fogh Rasmussen said on Monday.

"We are very much concerned about the activities of the so-called Islamic State, which is a bunch of terrorists, and it is of utmost importance to stop their advance," Rasmussen told Reuters in an interview.

"If any of our allies, and in this case of course particularly Turkey, were to be threatened from any source of threat, we won't hesitate to take all steps necessary to ensure effective defence of Turkey or any other ally," he said.