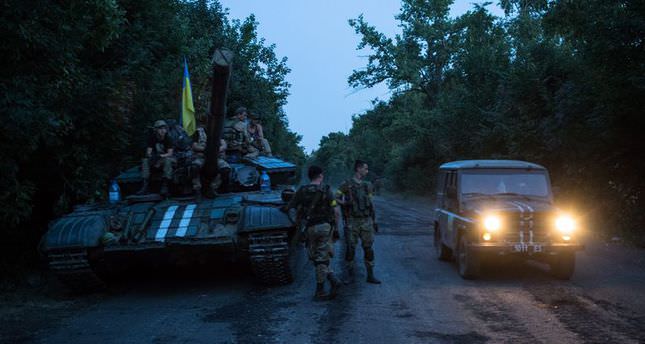 by Aug 11, 2014 12:00 am
Ukrainian government forces are preparing for the final stage of recapturing the city of Donetsk from pro-Russian separatist rebels after making significant gains that have divided rebel forces, a military spokesman said on Monday.

The spokesman, Andriy Lysenko, said Kiev's forces had now cut Donetsk off from the other main rebel-held city of Luhansk on the border with Russia.

"The forces of the 'anti-terrorist operation' are preparing for the final stage of liberating Donetsk. Our forces have completely cut Donetsk off from Luhansk. We are working for liberating both towns but it's better to liberate Donetsk first - it is more important," Lysenko told Reuters.