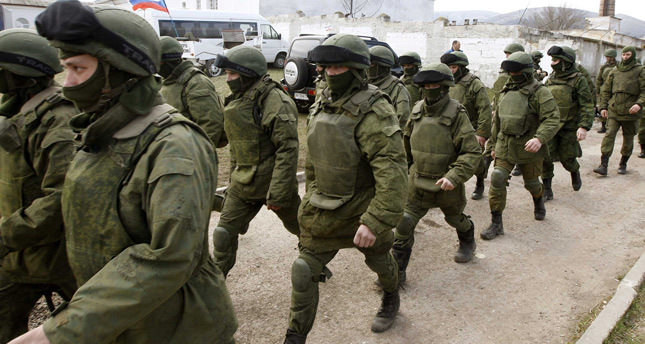 by Aug 11, 2014 12:00 am
Russia has massed 45,000 troops on its border with Ukraine backed by an array of heavy equipment including tanks, missile systems, warplanes and attack helicopters, Ukrainian military spokesman Andriy Lysenko said on Monday.

"As of 11 o'clock today, about 45,000 troops of the armed forces and internal forces of the Russian Federation are concentrated in border areas," Lysenko told a briefing.

He said they were supported by 160 tanks, 1,360 armoured vehicles, 390 artillery systems, up to 150 Grad missile launchers, 192 fighter aircraft and 137 attack helicopters.