France to deliver arms to Kurds in Iraq: Hollande 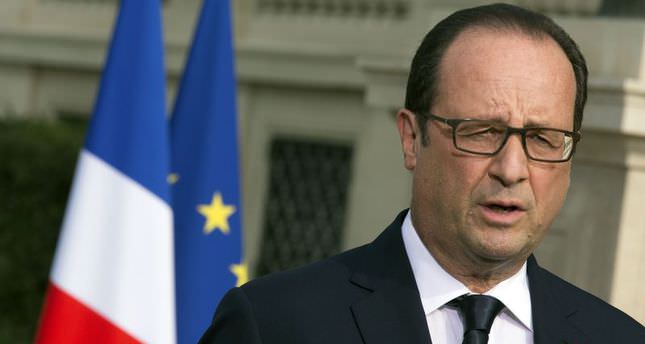 by Aug 13, 2014 12:00 am
France will deliver weapons to Kurdish forces fighting ISIS in Iraq, President Francois Hollande announced on Wednesday.
"In order to respond to the urgent need expressed by the KRG authorities, the president has decided, in agreement with Baghdad, to deliver arms in the coming hours," Hollande's office said in a statement.

"France intends to play an active role by providing, along with its partners and in liaison with the new Iraqi authorities, all the assistance required," the statement added.

Over the weekend, Paris already provided 18 tonnes of humanitarian aid and a new shipment of 20 tonnes of aid was due to arrive in northern Iraq later Wednesday.

Hollande reiterated France's support for Iraq's premier designate Haidar al-Abadi and urged the formation of a "unity government, representing all Iraqis, to fight effectively against ISIS."

The French leader said the population in Kurdish areas of Iraq was facing a "catastrophic situation" which "called for the continuation and intensification of efforts by the international community."
"For several days, France has taken the necessary measures to support the operational capabilities of the forces fighting ISIS," Hollande stressed.

France has been pushing for days for an emergency meeting of EU foreign ministers to coordinate a European response to the crisis in Iraq, notably in terms of delivering arms.

EU foreign affairs chief Catherine Ashton announced on Wednesday that she was prepared to convene such a meeting "as early as this week" and was checking with member states whether this was possible.

On Tuesday, Britain said it would transport military supplies from other countries to Kurdish forces battling the militants amid Western fears the crisis could spread throughout the region.

The United States has already said it was rushing weapons to the Kurdish forces and has carried out air strikes to halt the advance of the ISIS.
Last Update: Aug 13, 2014 3:31 pm
RELATED TOPICS