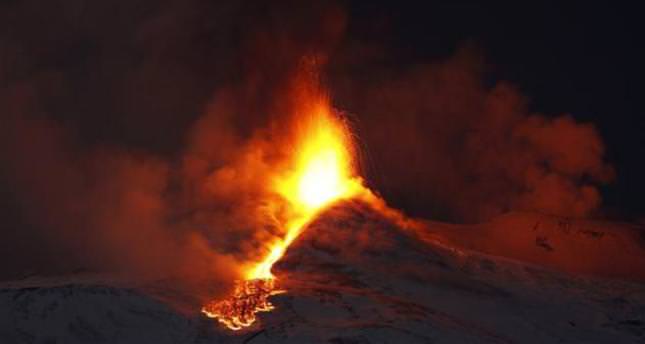 by Aug 14, 2014 12:00 am
Europe's tallest and most active volcano Mount Etna erupted on Saturday, spewing glowing lava into the air and sending a vast plume of smoke over the southern Italian island of Sicily.

The eruption did not require any mountain villages to be evacuated or cause significant disruption, though airspace over Sicily was briefly closed on Saturday morning, according to Catania airport.

The volcano is in almost constant activity, although the last major eruption was in 1992. The latest eruption was preceded by a series of underground tremors on Friday.