UN: OK to use untested Ebola drugs in outbreak 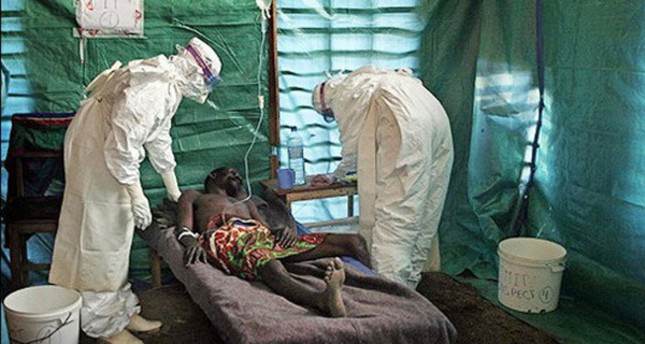 by Associated Press Aug 14, 2014 12:00 am
The World Health Organization declared it's ethical to use untested drugs and vaccines in the ongoing Ebola outbreak in West Africa, although the tiny supply of one experimental treatment has been depleted and it could be many months until more is available. The last of the drug is on its way to Liberia for two stricken doctors, according to a U.K.-based public relations firm representing Liberia. The U.S. company that makes it said the supply is now "exhausted." Later Tuesday, Canada said it would provide some of its experimental Ebola vaccine for use in West Africa.

A Spanish missionary priest who died Tuesday in Madrid was the third person to receive the experimental treatment called ZMapp. Two U.S. aid workers who received it in recent weeks are said to be improving. The outbreak, the biggest in history, has killed more than 1,000 people in Guinea, Sierra Leone, Liberia and Nigeria. There is no proven treatment or vaccine for Ebola; several are in early stages of development.

ZMapp, made by Mapp Pharmaceuticals, is so new that it has never been tested in humans, although an early version worked in some monkeys infected with Ebola. It's aimed at boosting the immune system's efforts to fight off Ebola. "If there are drugs that can save lives as animal studies have suggested shouldn't we use them to save lives," Dr. Marie-Paule Kieny, an assistant director-general at WHO, told a Geneva press conference Tuesday. But it is "very important to not give false hope to anybody that Ebola can be treated now. This is absolutely not the case," she added.

ZMapp is made in tobacco plants, and U.S. officials have estimated that only a modest amount could be produced in two or three months, unless some way to speed up production is found. The killer virus is spread by direct contact with bodily fluids like blood, diarrhea and vomit. Canada announced it would donate 800 to 1,000 doses of its experimental Ebola vaccine developed by the Public Health Agency of Canada. A small supply will be kept in Canada in case any is needed there.

The vaccine has not been tested in humans, but has shown promise in animals. "The trouble is, of course, with this very, very limited number of vaccines, who would you give that to?" said Dr. Gregory Taylor, deputy head of the agency. He said the agency has been advised that it makes the most sense to give the vaccine to health care workers in Africa.

They are among the most vulnerable because of their close contact with Ebola patients. Several doctors and nurses have died in the outbreak.

Some experts aren't convinced, though, that any novel drugs or vaccines would make a difference in ending the current outbreak. Once they're put to the test, most experimental drugs that seemed promising in animal studies "don't turn out to benefit people," said Dr. Jesse Goodman, former chief scientist for the U.S. Food and Drug Administration, now at Georgetown University Medical Center.
Last Update: Aug 14, 2014 11:36 am
RELATED TOPICS