German aid on the way to northern Iraq 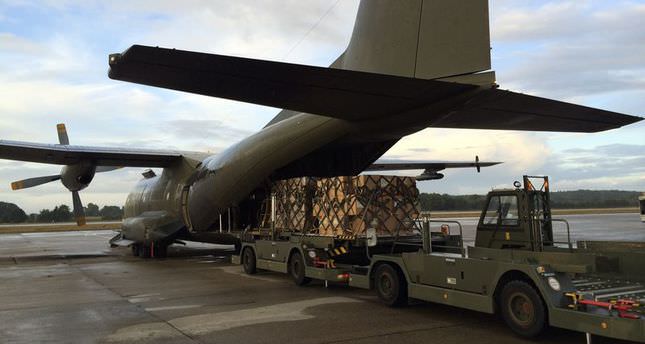 by Aug 15, 2014 12:00 am
Germany's armed forces on Friday began sending aid supplies to northern Iraq where thousands of people have fled the self-proclaimed Islamic State of Iraq and al-Sham (ISIS) militants, and the defence minister said Germany was looking into whether it would also deliver military equipment.

The first plane set off for Irbil, capital of the semi-autonomous Kurdish region of Iraq, carrying medicines, food and blankets and further aid flights were planned for the day.

"Of course this is just the beginning and we're working hard on sending further aid if necessary and it's becoming apparent that is the case," Defence Minister Ursula von der Leyen told reporters at Hohn airbase in northern Germany.

"We are also working on the question of whether equipment is needed," she added, such as protective helmets and vests.

Von der Leyen said Iraqi troops were trained on and wanted weapons from the former Soviet Union. "Germany does not have such weapon systems and could also not deliver them," she said.

But in an interview with German's mass-selling daily Bild she said: "Generally, if a genocide can be prevented with German weapons, then we must help."

ISIS insurgents - militants who have proclaimed a caliphate straddling parts of Iraq and Syria - have swept across northern Iraq in recent weeks, pushing back Kurdish forces and driving tens of thousands of minority Yazidis and Christians from their homes.