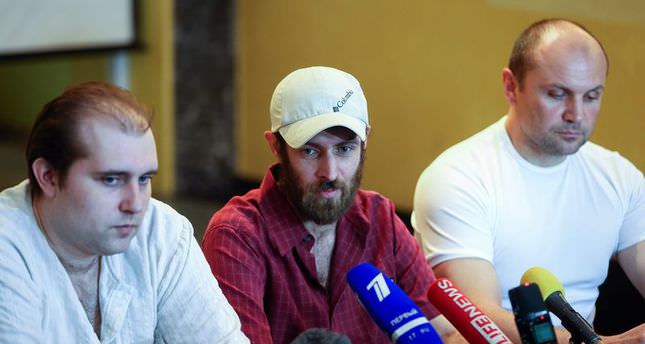 by AA Aug 15, 2014 12:00 am
Ukraine President Petro Poroshenko has met 25 released Ukrainian soldiers who had been held by pro-Russian separatists since early July.

Following the meeting in Kiev on Thursday, Poroshenko said: "We succeeded in freeing our 25 soldiers safely and securely. I am so happy. A lot of people, a lot of countries, have been involved in their release. It is great to have a positive result."

More than 100 Ukrainian soldiers are still in separatist hands, Poroshenko said, adding that Ukraine would not give up until they were all released. The last week Russia released five Ukrainian soldiers it had held on suspicion of war crimes.

Unrest in eastern Ukraine has torn the region apart since fighting between separatists seeking to break away from Ukraine broke out in April.