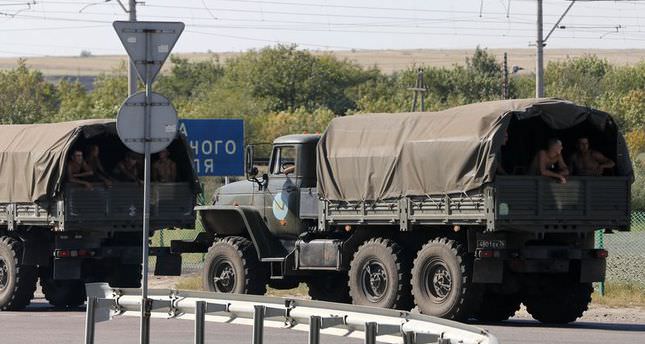 by Associated Press Aug 15, 2014 12:00 am
Russian military vehicles crossed into Ukraine during the night, NATO said Friday, and the Ukrainian president declared that most of them were quickly destroyed by his troops.

The reported Russian incursion, which Moscow stoutly denied, came amid a week of drama over a Russian humanitarian aid mission for people in eastern Ukraine caught in the crossfire of fighting between government troops and pro-Russian separatists.

A statement on President Petro Poroshenko's website said he and British Prime Minister David Cameron spoke Friday by telephone about the reports from Western journalists that Russian APCs were seen crossing into Ukraine near the point where over 200 vehicles in the Russian aid convoy were parked.

"The president said that the given information was trustworthy and confirmed because the majority of the vehicles were destroyed by Ukrainian artillery at night," Poroshenko said in a statement. He gave no proof for his comments.