Britain to no longer lead humanitarian role in Iraq 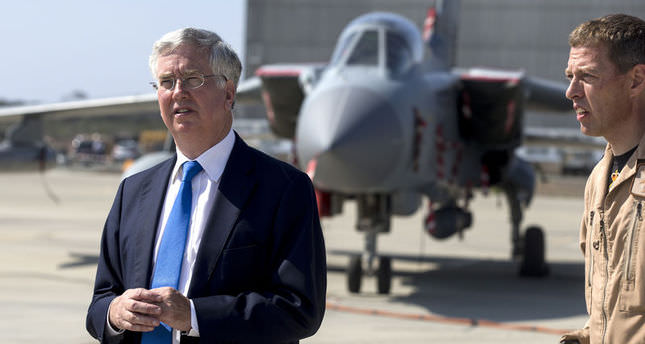 by Aug 18, 2014 12:00 am
Britain's role in the Iraq crisis has moved beyond a "humanitarian mission" and its expanded operations could last for months, its defence minister said in a newspaper interview published on Monday.

Britain has so far limited itself to aid drops, surveillance and a deal to transport more military supplies to Kurdish regional forces allied with the Baghdad central government against self-proclaimed Islamic State of Iraq and al-Sham (ISIS) insurgents who have overrun much of northern Iraq. In addition, Britain's trade envoy to Iraq has said SAS special forces are gathering intelligence there.

"This is not simply a humanitarian mission," Defence Minister Michael Fallon told The Times newspaper.

Warning that the operation could last months, Fallon was reported as saying that RAF Tornado military jets and a spy plane were flying further into Iraq, beyond the focus area of the humanitarian crisis in the Kurdistan region, to gather information on the forces of ISIS.

Prime Minister David Cameron had said on Sunday that Britain should use its military prowess to tackle ISIS insurgents to stop them creating "a terrorist state on the shores of the Mediterranean".

The fighters of Iraq's semi-autonomous Kurdish region are struggling against better-armed forces from ISIS, which has swept across northern Iraq since June, pushing back Kurdish forces and driving tens of thousands of minority Yazidis and Christians from their homes.

Kurdish fighters sought to wrest back Iraq's largest dam from ISIS on Sunday and the United States carried out a second day of air strikes in the area to try to reverse territorial gains by the militants.