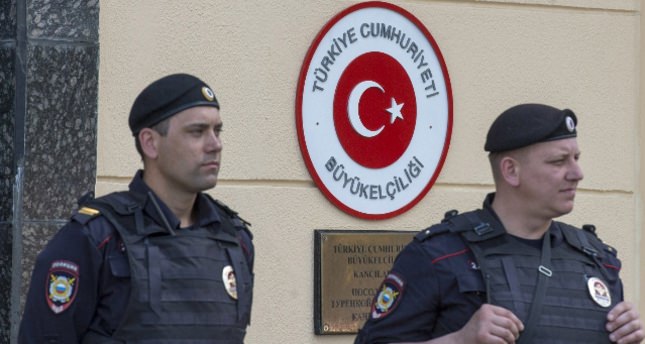 by Daily Sabah Aug 18, 2014 12:00 am
The Turkish embassy located in Moscow on Monday was attacked by an unidentified suspect carrying a shotgun.

The attacker was detained by the embassy's security forces who handed him over to the Russian police.

While the motives for the attack have not been released, the attacker has targeted the Turkish flag according to Russian media outlets.