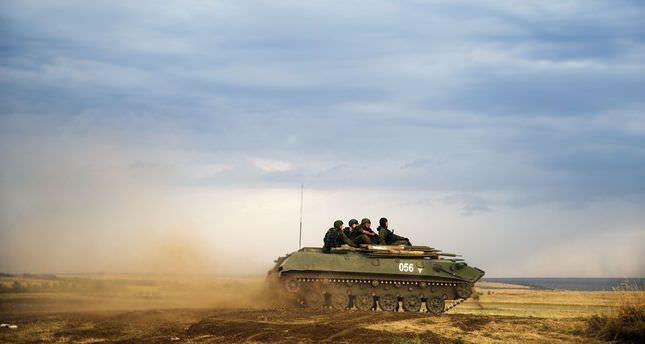 by Associated Press Aug 18, 2014 12:00 am
"Dozens" of civilians were killed in a rebel shelling attack Monday on a convoy of refugees trying to flee war-torn eastern Ukraine, a top Ukrainian defense official said.

Col. Andriy Lysenko, a spokesman for Ukraine's National Security Council, told reporters Monday he did not have an exact figure but said dozens of people have died, including children.

The separatist rebels fighting the Ukrainian government had no immediate comment on his statement.

The barrage took place Monday morning between the towns of Khryashchuvate and Novosvitlivka, which lie on the main road leading to Russia from the besieged rebel-held city of Luhansk, he said.

"Many people were killed, among them women and children," Lysenko said. "We are not able to count the death toll at this point."

When asked about a rough estimate of deaths, he said: "Dozens."

..View gallery Friends and relatives say goodbye to volunteers before they were sent to the eastern part of Ukraine …The barrage took place between the towns of Khryashchuvate and Novosvitlivka, which lie on the main road leading to Russia from the besieged rebel-held city of Luhansk.