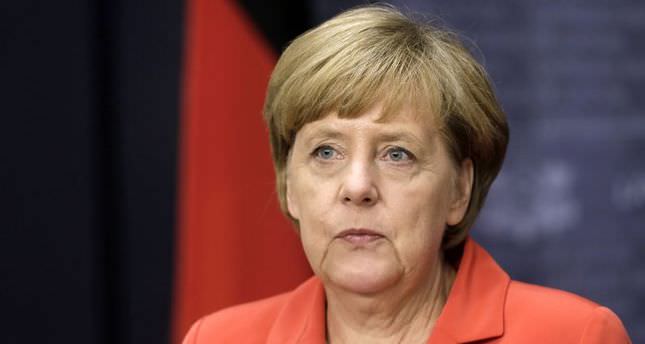 by AA Aug 19, 2014 12:00 am
A senior lawmaker of the German parliament, Andre Hahn, has said that Chancellor Angela Merkel should soon explain to the parliament whether she instructed the foreign intelligence agency BND to spy on NATO ally Turkey.

"The intelligence organizations are coordinated by the Chancellery. Ms. Merkel bears the responsibility on what has happened," Hahn told Anadolu Agency. "The government must make an explanation at the next meeting of the Federal Parliament."

The senior lawmaker from the Left Party is the Vice President of the Parliamentary Control Panel (PKGr) that oversees the activities of Germany's intelligence services.

Merkel has declined to comment on the claims but under growing pressure has agreed to send the controversial confidential documents to Parliamentary Control Panel.

Der Spiegel weekly claimed that in a top-secret document dated 2009, German government listed official target countries for espionage and ordered BND to carry out intelligence activities targeting Turkey. It claimed that this order was not changed until now.

The top-secret document was among 217 others who were delivered to U.S. intelligence by a BND employee, identified as Markus R., who has been under arrest since early July for the suspicion of working for the Americans, Der Spiegel reported.

Andre Hahn, Vice President of the Parliamentary Control, told AA that the government has not informed them so far that NATO ally Turkey was among the target countries of Germany's intelligence activities.

"From the point of view of Turkey, this is unacceptable," Hahn stressed. "And also I cannot understand the position of some colleagues from Merkel's CDU party who try to show this act something reasonable by arguing that Turkey is a problematic country."

A leading German lawmaker from Merkel's CDU party, Wolfgang Bosbach told Frankfurter Allgemeine Zeitung that there were "good reasons" to spy on Turkey. He cited the activities of the outlawed Kurdistan Workers' Party, Turkish political groups operating in Germany, drug trafficking and tensions on Turkey's border with Syria and Iraq, where German troops are stationed, as factors.

"In the past Ms. Merkel underlined that spying among friends is not acceptable," Hahn said recalling Merkel's reaction last year to the reports that U.S. National Security Agency had tapped her private mobile phone.

"The inversion of this argument has the following meaning. If you carry out intelligence activities against Turkey than it means that is not among your close partners or friends," Hahn said.

"Considering an allied country as a target of intelligence activities contradicts the essence of the alliance," Foreign Minister Ahmet Davutoğlu said on Monday.

Davutoğlu discussed the claims with his German counterpart Frank Walter Steinmeier in a telephone call on Monday, diplomatic sources said.

The heads of the German and Turkish intelligence services agreed to meet soon to discuss the allegations. "If true, the activities should end immediately," the Turkish foreign ministry said in a statement. "It should be known that this issue can hurt the alliance between Turkey and Germany."