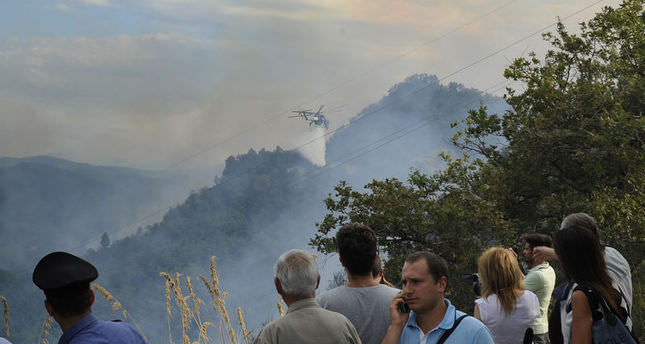 by Aug 20, 2014 12:00 am
Two Italian Air Force members were confirmed dead while two were missing on Wednesday, a day after the crash of two fighter jets taking part in a training exercise.

The jets crashed into a hill, triggering a forest fire, near Ascoli Piceno, about 150 kilometres north-east of Rome. The air force said two pilots and two navigators each were on board the planes.

Defence Minister Roberta Pinotti told parliament that two bodies had been recovered and indicated that there was little hope of finding survivors so many hours after the crash.

"Unfortunately, in these cases time plays against us," Pinotti said.

The planes seem to have collided with each other mid-air, but the cause of the accident will be determined by an official investigation, Pinotti said, while ruling out reckless behaviour or mechanical failure.

She said the pilots had "proven experience," that the exercise was being conducted in keeping with all safety measures and that the aircraft were in working order.