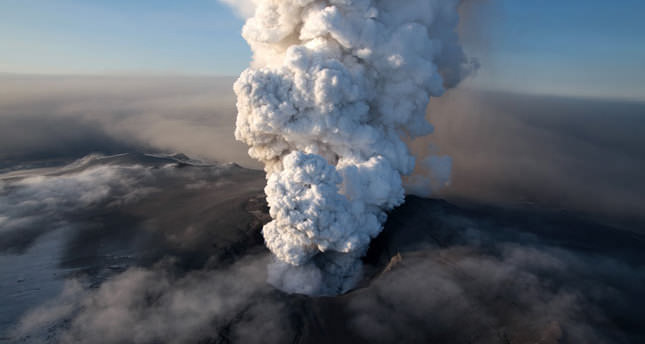 by Aug 21, 2014 12:00 am
Iceland's civil protection agency has decided to evacuate an area north of the country's Bardarbunga volcano, saying it could not rule out an eruption.

The move came after authorities on Monday warned airlines about increased seismic activity at Iceland's largest volcanic system. Ash from the eruption of Iceland's Eyjafjallajokull volcano in 2010 shut down much of Europe's airspace for six days.

"This decision is a safety measure," the agency said on its website late on Tuesday. "It cannot be ruled out that the seismic activity in Bardarbunga could lead to a volcanic eruption."

All roads leading into the mostly uninhabited area were closed earlier in the week. Park rangers who live there during the summer and tourists are now being evacuated.

Authorities say the area north of the glacier risks being hit by floods as an eruption in the volcano, which is under the ice cap of the Vatnajokull glacier in southeast Iceland, would melt vast amounts of ice.

Einar Einarsson, a meteorologist at Iceland's Met Office, said earthquakes were happening practically every minute and seismic activity was constant.

"The fact that it is constant in motion and depth is probably good news," he said. "It doesn't seem to vary a lot - it is concentrated in one area under the glacier."

The Icelandic Met Office on Monday raised its risk level to the aviation industry for an eruption to orange, which is the fourth level on a five-grade scale, after confirming magma movements less than 10 km (6 miles) from the surface.

The Vatnajokull National Park is more than 300 km from the capital Reykjavik and covers 14 percent of Iceland.

The 2010 eruption at Eyjafjallajokull, a little over 100 km from the capital, affected more than 10 million air travellers and cost $1.7 billion.