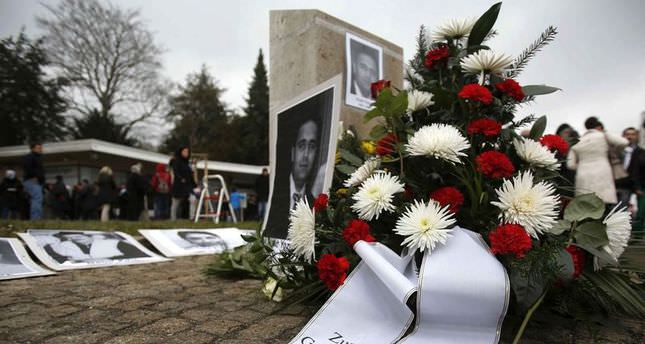 by Daily Sabah Aug 22, 2014 12:00 am
A German state parliamentary committee in the eastern state of Thuringia prepared a report on the police investigation of the German far-right terror group; Nationalist Socialist Underground (NSU), and presented the report on Thursday, saying that all the investigations by the German police so far was a "fiasco." The report also held German police responsible for failing to "pursue information insistently" and "massively underestimated the growing violence of the militant far right."

According to the 1,800 page report, which took two and a half years to complete, the German police and justice authorities had made some serious mistakes during the investigation of NSU crimes from 2000 to 2007. These mistakes included "the holding back of important information and a failure to follow up certain paths of inquiry and clues," "the accumulation of wrong decisions, indecision and neglect of basic standards also justify the suspicion of intended sabotage and of knowingly foiling the apprehension of the fugitives," the report said, according to Reuters. The attacks were not considered as a series of racially motivated crimes despite the main target of the far-right groups being Turkish immigrants. As the criminal investigation so far focused on the personal lives of the victims, the report also "asked for forgiveness harbouring mistrust and racist suspicions towards them."

The neo-Nazi group murdered eight Turks, a Greek person and a policewoman, including two bomb attacks and 15 bank robberies between 2000 and 2007 in different parts of the country. As the trials took place in May 2013, it raised questions as to how the NSU evaded detection for so long.

The trial has been described as "Germany's highest-profile trials since World War II." The German state criminal police said that during the investigation period, they found nothing about NSU crimes. According to the report, the criminal police "did not seriously follow up sightings of two NSU members and failed to apprehend one member in 1998 after discovering explosives in his garage."

Holger Bellino, leader of the Christian Democrats (CDU) in the regional parliament of Hesse, told Reuters that the far right extremism is "a disgrace to Germany."

Bellino said, "We abhor these crimes, and will do everything possible to ensure nothing like this ever happens again."