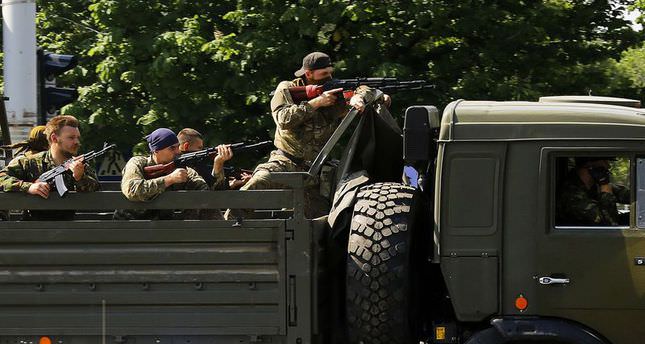 by Anadolu Agency Aug 22, 2014 12:00 am
Lithuanian Foreign Minister Linas Linkevicius said Friday that Mykola Zelenec, the country's honorary consul in eastern Ukrainian city of Luhansk, has been kidnapped and killed by the pro-Russian rebels there.

"With deep sorrow just learned about Lithuania's honorary consul in Lugansk Mr. Mykola Zelenec kidnapped and brutally killed by terrorists there," Linkevicius, who is on a visit to Kiev, wrote on his Twitter blog.