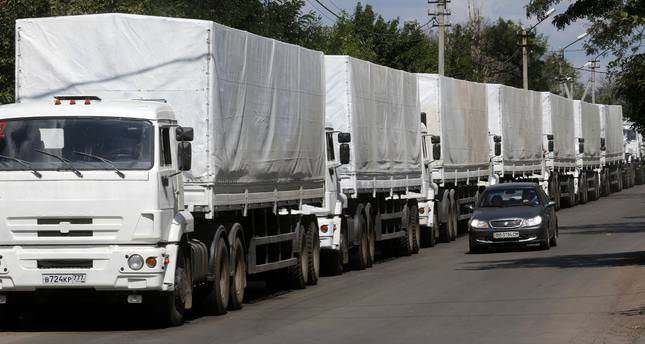 by Aug 22, 2014 12:00 am
About twenty trucks from a Russian aid convoy have crossed the Russia-Ukraine border and are heading in the direction of the Ukrainian city of Luhansk, a witness said.