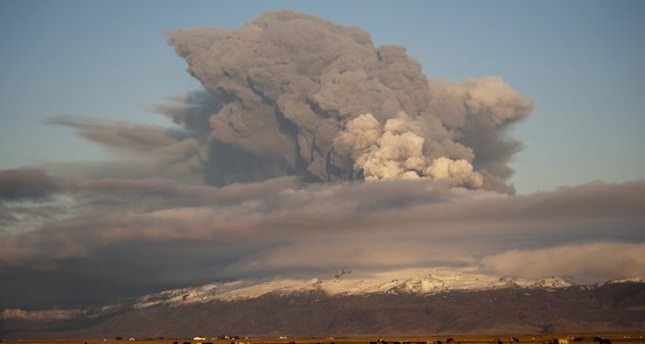 by Associated Press Aug 23, 2014 12:00 am
Iceland's Meteorological Office says a subglacial eruption is underway at the Bardarbunga volcano, which has been rattled by thousands of earthquakes over the past week.

Vulcanologist Melissa Pfeffer said seismic data indicates that lava from the volcano is melting ice beneath the Vatnajokull glacier. She said it was not clear when, or if, the eruption would melt the ice and send steam and ash into the air.

Minutes earlier, Iceland raised its aviation alert for the volcano to the highest level of red on Saturday, indicating an eruption that could cause "significant emission of ash into the atmosphere." Red is the highest alert warning on a five-point scale.

Scientists had planned to fly over the glacier later Saturday to look for changes on the surface but it was not clear if that would still take place.

Authorities had evacuated several hundred people earlier this week from the highlands north of the Vatnajokull glacier as a precaution. The area is uninhabited but popular with hikers.

Iceland sits on a volcanic hot spot in the Atlantic's mid-oceanic ridge and eruptions have occurred frequently, triggered when the Earth's plates move and when magma from deep underground pushes its way to the surface.

A 2010 eruption of the Eyjafjallajokul volcano produced an ash cloud that caused a week of international aviation chaos, with more than 100,000 flights cancelled. Aviation regulators since have reformed policies about flying through ash, so a new eruption would be unlikely to cause that much disruption.

Pfeffer said the amount of ash produced would depend on the thickness of the ice.

"The thicker the ice, the more water there is, the more explosive it will be and the more ash-rich the eruption will be," she said.