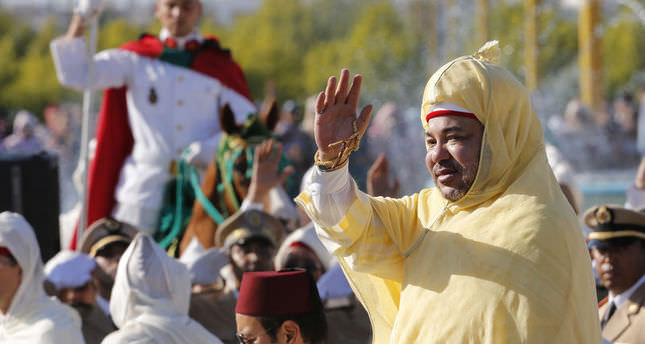 by Daily Sabah Aug 25, 2014 12:00 am
King Mohammed VI of Morocco has been mistaken for a human trafficker and drug smuggler by Spanish authorities while he was travelling on the cost of Spain's African enclave of Ceuta.

According to the Spanish national daily El Mundo, Spanish Civil Guards ordered the Moroccan King Mohammed and his entourage to stop and identify themselves as they were on speed boats and jet skis. Once the Moroccan king identified himself, the authorities reportedly did not ask further questions. Three high-command Civil Guards sent by Interior Minister Jorge Fernández Díaz hav apologized to the king.

Spanish sources claim that in recent years, human trafficking mafia and drug smugglers have increased in the Spanish coast. These gangs reportedly carry out their illegal trade without being caught by Spanish authorities.
Last Update: Aug 25, 2014 4:31 pm
RELATED TOPICS