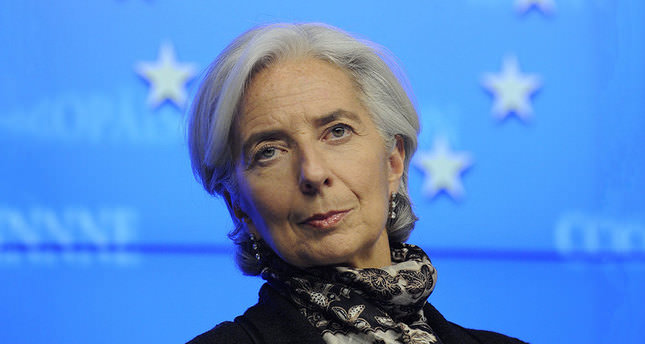 by AA Aug 27, 2014 12:00 am
Former French finance minister and current International Monetary Fund chief Christine Lagarde is being questioned for the fourth time Tuesday over her role in a suspected corruption case known as the "Tapie Affair."

Judges are seeking to determine the exact role the former finance minister had in the state's $560 million payment to Bernard Tapie, as part of a long-running dispute between the French businessman and the partly state-owned bank Credit Lyonnais over the sale of his Adidas sportswear company in 1993.

Tapie claimed that the bank had intentionally undervalued the sale.

According to France's iTELE news, the Paris court hearing was supposed to take place in early July but was postponed until Tuesday because of Lagarde's busy schedule.

The hearing is only a "formality" and Lagarde, who avoided charges and was given the status of "assisted witness," in May 2013 "should escape any under judicial examination," says iTELE.

Stephane Richard, the CEO of French multinational telecommunications company Orange, is one of the five people, along with Tapie himself, charged with fraud in the affair.

The payment to Tapie, who backed then-president Nicolas Sarkozy for election, was decided by an arbitration panel.